We pride ourselves
in our experience

Belvest was originally established in Hong Kong in 1989. With our years of experience, we know how important it is to have a trusted adviser to help grow and protect your assets. Our aim is to become a reliable and trusted partner who really understands you and will be there for you long term.

The Belvest team of Wealth Managers has been helping our clients in both onshore and offshore wealth management, providing them with succession planning, wealth building, wealth preservation and asset protection solutions, since 1989.

We are licenced by the SFC, the MPFA and the Insurance Authority to conduct regulated activities in Hong Kong.

With over 30 years of experience, we know how important it is to respond quickly to market events, and to protect and grow your money.

We believe in Holistic Balance Sheet Management and long-term advisory relationships with clients.

We conduct Regular Strategic Reviews that keep your balance sheet on track. Integrity and professionalism are key to ensure that our clients benefit from:

Why do we look at your Holistic Balance Sheet?

Rather than just “sell a product’, we believe professional wealth management is the art of considering your whole financial situation. By looking at your balance sheet holistically, we help you recognise how much you have in financial assets (cash, bonds and equities), real assets (property, commodities and collectibles), and debt (mortgages, loans, credit cards). Together with your protection needs we gain an understanding of where you are and where you want to be. Only then can we put together a detailed and robust plan to help you reach your financial goals.

Our market leading Wealth Management team aims to provide our clients with peace of mind that their balance sheets perform well against mutually agreed performance benchmarks and according to their risk/volatility profiles.

Want to feel good about your money?

We have a new way to manage your money. Sit back and let your money grow over time in portfolios constructed by our finance experts.

Save for the good stuff. Holidays, homeware, whatever your saving goals are, we will help you work towards them. It’s what we do. Aim higher.

Get In Touch Request a Callback Find Us

With over 30 years of wealth management experience, we are good at this.

Get In Touch Request a Callback Find Us

Becky has worked with Belvest since February 2000. During her career of 20 years with the company, she has developed extensive experience in financial services and a deep understanding of office administration and compliance in a wealth management business. On a personal level, she is a lifelong learner, continually expanding her skill-sets and inquisitively building her wide knowledge base. As Associate Director of Operations, she is a trusted member of the team. 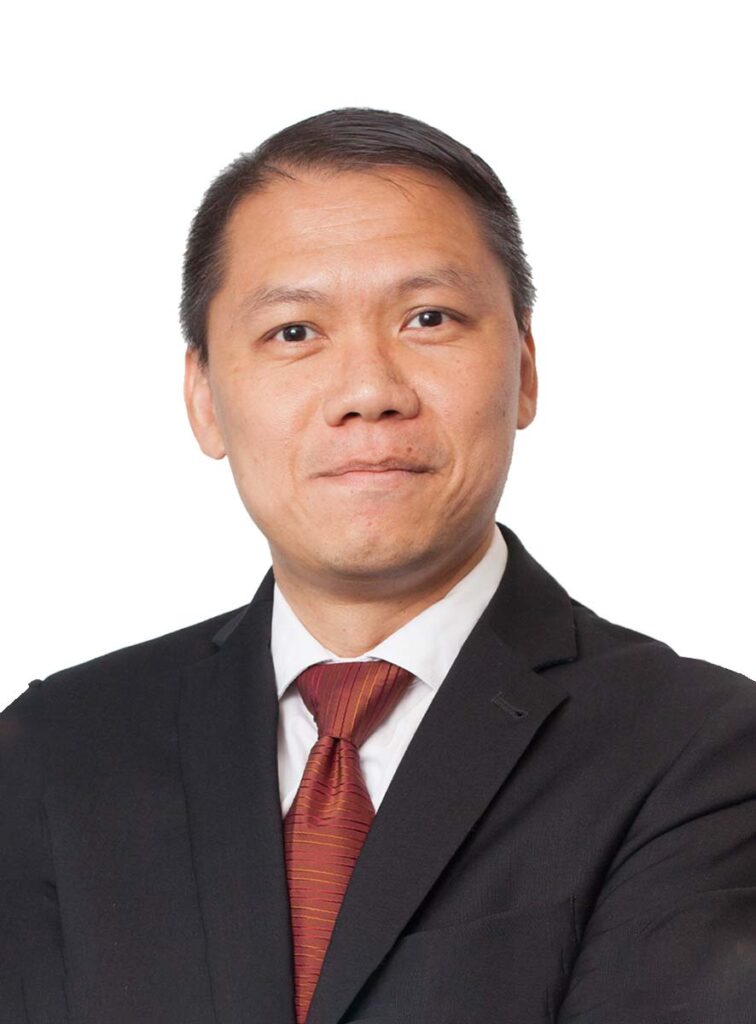 Kenneth holds the position of Finance Director at Belvest. He has been with Belvest for more than 14 years. He is a Certified Public Accountant in HK and a fellow member of the Association of Certified Chartered Accountant in the UK. Kenneth has extensive experience in the management and oversight of accounting and monetary control functions in the financial services industry. He is particularly good at connecting operational excellence with an international wealth management practice. Kenneth has a keen interest in high end sound systems. He enjoys music and spending time with his family. Peter is Australian. He holds a BA from Macquarie University, where he majored in Politics with sub majors in Economics and Accounting. Peter had experience in stock broking, money market dealing, credit administration, computer software sales and property lending prior to moving to the UK to travel and continue his financial services career. Following four years of travel in Europe, Eastern Europe and Asia, he settled in London and worked as a financial analyst and later as a leasing executive within the Debenhams/Burton group.

In 1988 he was recruited by Mondial Expatriate Services Ltd, an offshore financial planning group, and moved to Hong Kong. Under his management and development, the office became the most successful branch within the group. In 1999 the group actuary agreed to an MBO of the Hong Kong branch. In 2002 he was a founding director of a merger between six financial advisory companies in Asia and the Middle East, and in 2009 he was integral in completing a devolution of the Hong Kong company from the Group. Today Peter enjoy focusing on dealing with his clients and he holds the position of Responsible Officer for Wealth Management and Insurance at Belvest.

Peter is passionate about the financial services industry and has a client-centered focus. He combines strengths in interpersonal skills with his belief in the holistic balance sheet approach of financial planning and wealth management, along with his interest in Behavioural Finance. He holds a CII (Award) membership with the Chartered Insurance Institute, and is a Responsible Officer under the following licences: Securities & Futures Commission type 1, 4 and 9. He is also licenced by the Mandatory Provident Fund Schemes Authority and the Insurance Authority.

He has appeared on CNBC and written frequently for various financial press publications and magazines in Hong Kong.

Peter is married to Jenny and has three delightful children, Natasha, Benjamin and Isabella. He is a full member with the RHKYC and sails actively, and is also an absentee member of the Middle Harbour Yacht Club Sydney, and an associate member of the Foreign Correspondents Club of Hong Kong. He is a keen skier and rugby follower, and has an interest in art.

Zorica Petkova has been working in the financial services industry since 2005. Her expertise lies in the field of investment advisory, financial planning and wealth management. She is a prudent financial planner who makes sure her clients best interests are a top priority.

Zorica works with a diverse group of clients globally and she is firmly committed to long-term client relationships. Through financial planning she helps clients with planning strategies for retirement, children education, multi-generational legacy creation, life and disability insurance. She works closely with her clients to make sure their investment or insurance strategies and financial plans are customized to their specific needs.

She holds a MBA degree from The Hague University, The Netherlands and BA degree in Finance from University of Sheffield, UK. She is licenced in Hong Kong with the Securities and Futures Commission, the Mandatory Provident Fund Schemes Authority, and the Insurance Authority. She also holds a CII (Award) membership with the Chartered Insurance Institute in the UK.

Zorica has in-depth international experience and a broad global network. She is passionate about the financial industry, world politics and keeping well informed about world events. Out of work she enjoys time with family and friends, nature, hiking, reading and travelling. Kevin is from Scotland and studied Business Administration. In March 2000 Kevin was awarded the Financial Planning Certificate of the Chartered Insurance Institute. In January 2003 Kevin was awarded the International Certificate for Financial Advisers of the Chartered Insurance Institute. He holds the following licences from the Securities and Futures Commission: Dealing in Securities, Asset Management and Advising on Securities. He also holds a licence from the Insurance Authority in Hong Kong.

Kevin set up his own successful mortgage business in the UK in 1997 and built up the business to include a number of staff very quickly. After Kevin left the UK, he travelled throughout Europe and Asia before joining Belvest in 2002. By 2006 Kevin was Top Adviser for the group. He played an integral role in the Management Buyout in 2009.

Kevin has written several articles for the financial press and newspapers in Hong Kong.

He is passionate about the financial services industry and has a strong focus on holistic balance sheet management.

Kevin enjoys spending his free time with his wife and two children. Lucy has over 20 years of experience in the financial services industry. She is a CFP® professional which is internationally recognised for the highest education and ethical standards.

Commencing her career in Sydney, Lucy gained extensive experience in the areas of banking, superannuation and financial planning. Lucy is an Authorised Representative for an Australian Financial Services Licence (AFSL) issued by the Australian Securities and Investments Commission (ASIC).

Since arrived in Hong Kong in 2010, Lucy has specialised in delivering holistic advice to expatriates to maximise their time abroad through wealth accumulation, asset protection, tax planning, repatriation and retirement planning. Lucy is licenced under the Hong Kong Securities and Futures Commission (SFC), Insurance Authority (IA) and the Mandatory Provident Fund Schemes Authority (MPFA). Lucy is an active member of the Australian Chamber of Commerce Hong Kong & Macau.

Lucy believes that a good financial plan needs to be tailored to individual and family needs and reviewed on a regular basis to reflect changes in personal circumstances, legislation and market condition.

With the professional qualifications and international experience, Lucy is well positioned to guide her clients in making the right financial decisions to achieve their long term lifestyle goals.

Lynda is a professional financial planner with nearly 20 years of experience in the industry. She is fully qualified and licensed to practice in Hong Kong, specialising in helping expatriates. Lynda’s clients come from a wide range of backgrounds and circumstances, representing a broad cross section of Hong Kong’s professions and international community.

Originally from Cape Town in South Africa, Lynda’s career has taken her worldwide, working and living in the UK, Australia, China, Thailand and Hong Kong since 2014. Her financial career began in the UK with Barclays in 2002. Seeking a challenge Lynda moved to Bangkok, joining Infinity Financial Solutions in 2010. In 2014 as one of their most successful consultants, she relocated to Hong Kong to help establish a new office.

In addition to her Hong Kong qualifications and licenses, Lynda is a member of and holds qualifications from the Chartered Insurance Institute (CII). She is currently studying and working towards full chartered status.

Lynda enjoys hiking, going to the gym in her spare time, and is in her 5th year of paddling with her dragon boat team, SMUGz. . She is also a keen follower of various sports, especially rugby and cricket. As a big foodie, Lynda regularly partakes in Hong Kong’s vibrant restaurant scene.

Belvest provides the ‘best of breed’ financial services to individuals and small to medium-sized businesses. We are a fast moving company and need smart, vibrant and energetic people to join us.

Find Out More
Home  |   Why Belvest

Send us a message